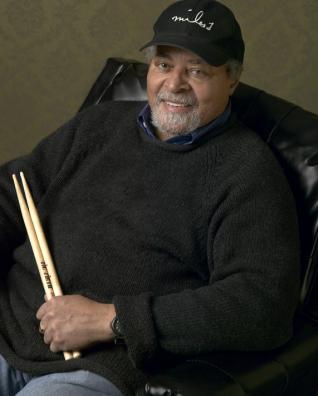 In a career spanning nearly six decades, drummer Jimmy Cobb has proven to be a master of every musical situation. One of jazz’s definitive accompanists, Cobb made his name in support of such giants as Dinah Washington, Cannonball Adderley, Miles Davis, Wes Montgomery and Sarah Vaughan, and on literally hundreds of studio sessions. As the drummer on Davis’ legendary album Kind of Blue, Cobb may be the most frequently heard (if not the best known) drummer in jazz history; and as part of the legendary Davis rhythm section with pianist Wynton Kelly and bassist Paul Chambers, he created a manner of swinging in the modern idiom that remains the gold standard for rhythmic inspiration. For all his achievements, however, Jimmy Cobb’s contribution has too often been taken for granted, which is why he is the perfect subject to help launch the new Honors Series from Marsalis Music.

“There was a lot of music coming through Washington, D.C. when I was growing up,” Cobb notes in explaining the development of his style, “and as a working musician you had to play in a whole lot of situations. By working clubs, dances, concerts and the shows that were featured in movie theaters, your growth was shaped. The way I play the cymbal, for instance, is something I heard from a guy who came through Washington. It’s not exactly how he played it, of course; it’s how I heard it.”

What Cobb heard – a lean, assertive beat that drives a band without calling attention to itself – shaped some of the most influential music of the ‘50s and ‘60s. His stints with Cannonball Adderley (1956-7), Miles Davis (1958-63) and the cooperative trio with Wynton Kelly and Paul Chambers that worked both on its own and in support of Wes Montgomery (1963-8), as well as countless recordings by a who’s-who of jazz greats, confirmed his mastery in the small-group format. This is the setting featured on Marsalis Music Honors Jimmy Cobb, with the quartet completed by alto saxophonist Andrew Speight, pianist Ellis Marsalis and bassist Orlando Le Fleming.

Cobb credits Speight, who has established himself as a leading jazz educator at Stanford and San Francisco State Universities, with bringing the drummer together with producer Branford Marsalis. “Nat Adderley met Andrew in Australia, and they became good friends, and I met Andrew in Florida, at a concert we did with Nat’s band. Since then Andrew and I have worked together a couple of times at Stanford. He was really impressed one year when I had to do double duty because [drummer] Joe Farnsworth’s wife was having a baby, and told Branford how compatible I was with everyone.”

It was the producer’s idea to bring in his father, piano legend Ellis Marsalis. “I’ve known Ellis since before he had kids,” Cobb notes. “We met when Lincoln Park opened in the ghetto in New Orleans and I was appearing there with Dinah Washington. In fact, the night I met Ellis, Jose Ferrer and Rosemary Clooney had braved the ghetto to hear Dinah. Ellis’ father had a motel where I stayed occasionally when I appeared in New Orleans. Somehow, Ellis and I had never played together before, but you know how much he liked Wynton Kelly from the name he gave to his second son. That’s how I got to know him so well, because he’d come out to see us every time I came through town with Wynton.”

Rounding out the quartet is British bassist Orlando Le Fleming, a young player who was called in to sub with Branford at a European jazz festival when Marsalis Quartet regular Eric Revis suffered an appendicitis attack. Le Fleming arrived in the US shortly thereafter, and has been heard most frequently with Jane Monheit. “I didn’t know Orlando before the session,” Cobb emphasizes, “but he is a great bass player.” Le Fleming’s presence highlights one goal of the Honors Series, “To allow older players to pass down their wisdom and experiences to younger players, who in turn can present a new view,” as Branford puts it.

Another feature that sets Cobb’s disc apart from earlier efforts under his name is the inclusion of several original compositions. “I had some music I’d been carrying around in my cymbal case and would use in certain situations to get certain feelings,” the drummer explains. “Some of them were written after prompting by [composer/arranger] Dave Matthews. We were hanging out with Dave, who had a computer program and took down some tunes I had in my head.” These include the beautiful ballad “Eleanor” and the spry “Composition 101.” “Eleanor was my sister, who died at age 32 of breast cancer,” Cobb says. “I was going to record it at an earlier session, but my friend Tex Allen took the music by mistake and left it in a cab. And `Composition 101’ is just one of those things I heard.” Two other tracks are credited to both Cobb and Matthews, the stop-time blues “Tune 341” and “W.K.” This last, according to the drummer, is “just a couple of figures that Wynton Kelly used to play, his triplets and the break figure he used.”

The disc is completed by three compositions from the jazz world and three standards. Ellis Marsalis contributed his composition “Tell Me,” “There is Something About You (I Don’t Know)” is trumpeter Tex Allen’s tune given a bossa nova spin, and “Real Time” is a ballad by the late Richard Tee with Speight featured on soprano sax. On the standard front, Cobb reprises “Mr. Lucky,” which he recorded on a 1961 Pepper Adams/Donald Byrd date that introduced the world to Herbie Hancock; features Ellis Marsalis on a trio version of Rodgers and Hart’s “Johnny One Note”; and added “Can You Read My Mind,” a John Williams theme from a Superman film, after a last-minute suggestion. “Andrew said we needed a waltz,” Cobb recalls, “and I’d always liked the Superman soundtrack, so I asked Branford to find a lead sheet. Ellis, who liked what Wynton played when we cut `Someday My Prince Will Come’ with Miles, couldn’t get away from some of Wynton’s lines on that one.”

The entire experience left Cobb extremely pleased with the opportunity to step forth with the music of his choice. “I’m glad I got the opportunity to work with Branford, because he’s been my guy since he was born, and the recording turned out even better than I hoped.”

All releases by Jimmy Cobb 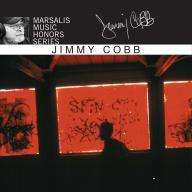 In a career spanning nearly six decades, drummer Jimmy Cobb has proven to be a master of every musical situation. One of jazz’s definitive accompanists, Cobb made his name in support of such giants as Dinah Washington, Cannonball Adderley, Miles Davis, Wes Montgomery and Sarah Vaughan, and on literally hundreds of studio sessions. As the drummer on Davis’ legendary album Kind of Blue, Cobb may be the most frequently heard (if not the best known) drummer in jazz history; and as part of the legendary Davis rhythm section with pianist Wynton Kelly and bassist Paul Chambers, he created a manner of swinging in the modern idiom that remains the gold standard for rhythmic inspiration. Read more »