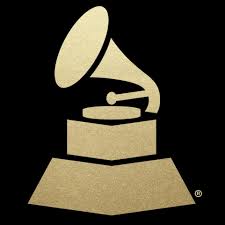 Congratulations to the Branford Marsalis Quartet with special guest Kurt Elling for their 2017 Grammy nomination in the category of Best Jazz Vocal Album! The project has many upcoming US and European concert dates, beginning in January 2017, so please visit Branford’s website to see if the group will be performing in a location near you.

Branford Marsalis has mastered most tricks of the sax-player’s trade – traditional song-playing lyricism, an advanced post-Coltrane technique (lately coupled with a classical one), and long experience of playing with singers, notably Sting in the 90s. All that colours this memorable meeting between Marsalis’ quartet and Kurt Elling, one of the best jazz vocalists on the planet. Elling mixes his signature rhythmic hipness with (slightly stagey) jive-talk on the Porgy and Bess classic There’s a Boat Dat’s Leavin’ Soon for New York, lets loose his Mark Murphy-inspired scatting ingenuity on Rollins’ Doxy, and illuminates, with unselfconscious poignancy, the downbeat intensity of Sting’s Practical Arrangement.

How did one of the best and most important jazz bands around—saxophonist Branford Marsalis, pianist Joey Calderazzo, bassist Eric Revis and drummer Justin Faulkner—come to unite with one of the best and most important jazz vocalists? The idea ignited when Marsalis and Kurt Elling met during the 2014 Monk competition. Two years on, immediately prior to a New Orleans recording session, Elling and the quartet shared a weekend engagement at Snug Harbor, finding their collective groove and testing various songs. That Elling becomes fully one with the group—this is truly a quintet album—is evident from the opening moments of “There’s a Boat Dat’s Leavin’ Soon for New York,” its feverish pace finally slowing as he adlibs 90 seconds of wolfish patter oozing with carnal desire.
Read more »

As explained in the notes on the Branford Marsalis Quartet’s album Upward Spiral (featuring Kurt Elling), this is truly a collaborative effort. Everything about the album, from the instrumental musicians’ desire to work with a vocalist, to the choice of that vocalist—although when that choice is Kurt Elling what other choice is there—to the choice of material, is the result of “serious musical debate” creating what Marsalis calls “a true partnership.”

“I usually reject the word ‘collaboration,’” Marsalis explains, “because it implies a third thing from that which each collaborator does well. I don’t need a collaborator to do what I normally do, and Kurt doesn’t, either.” The idea for the new album was to get together to do something different. “The goal here, even though he sings lyrics, was to highlight Kurt’s voice as an instrument.” In effect, Upward Spiral was not intended to be just another vocalist fronting just another quartet.

Now while in any artistic endeavor there is often a great chasm between what was intended and what resulted, and in spite what is oft said of good intentions—the Marsalis-Elling intentions are plenty good, and the road they pave could well bridge over any chasm and end at an innovative musical heaven.
Read more »

To one extent or another, jazz has always maintained a discriminatory dividing line between vocalists and instrumentalists. Instead of being viewed as equals—artists on par with all the rest, possessing the same good sense, skill, and stake in an artistic outcome—vocalists have often been unfairly stigmatized and interned in a separate category. But all of that has slowly been changing, due in no small part to a large and continually growing crop of vocalists who are consistently raising the bar.

Whether on or off the bandstand, Marsalis doesn’t mince words or ideas. Due to that fact, few vocalists are really up to the challenge of entering his orbit and thriving in such a climate. In Elling, however, Marsalis has found one who’s every bit his match. The saxophonist and his quartet mates are able to telescope focus toward Elling’s warm, strong, and pliant voice, and Elling is able to accentuate the inherently melodic and lyrical qualities in this group’s work. The beauty in Marsalis’ music isn’t cited often enough, as many tend to focus exclusively on the edgier side of his sound. This project rectifies that problem.