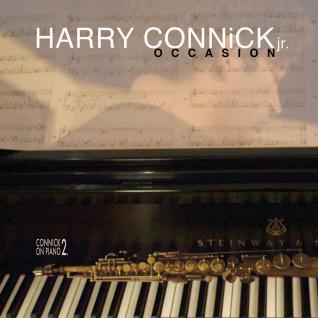 Occasion, the second volume of Marsalis Music’s Connick on Piano series, presents Harry Connick, Jr. in one of the most challenging and spontaneous settings of his career – a series of duos with saxophonist and label head Branford Marsalis. The new disc, recorded over a March weekend in North Carolina, will be released June 14, 2005.

Like Other Hours, the acclaimed first album in the series, Occasion reminds us that Connick, who has also made his mark as a vocalist and actor, is at his core a commanding pianist and composer. Whereas the earlier volume featured quartet music, Connick’s new disc is more intimate. “When my drummer Arthur Latin hurt his shoulder, I decided to wait before recording another quartet album,” Connick explains, “and asked Branford if he would do something with me. What started as a project intended to mix solo piano and duo performances turned into an entire duo album.”

The pianist and the saxophonist have been friends since their teenage years, and have played an occasional duet together in the past (most notably on “Carolina Shout,” the rousing conclusion to Branford’s Marsalis Music disc Romare Bearden Revealed), but most of their previous shared performing experiences have involved larger ensembles. “I’ve always felt comfortable with Branford as a player and a person;” Connick says, ”but usually our encounters were brief, and were situations in which I wanted to show him where I had gotten to as a musician since our last meeting. We had more time here, and I was able to let my guard down more. Since Branford’s always been a hero of mine, the chance for us to record together was very important to me and extremely satisfying.”

“What we ended up doing might be considered a naked recording experience. I showed up at the studio with a few songs, but I didn’t want the album to turn into a long jam session, so I let the recording experience lead me into writing more. We went to dinner at a restaurant after a day of recording, and got into a discussion of a fish on the menu called spot. That led to the tune `Spot,’ and also brought to mind a fishing trip that my producer Tracey Freeman took, which led to another one I called `Remember the Tarpon.’” Add “I Like Love More” and “All Things,” two compositions from Connick’s Tony-nominated score to the Broadway musical Thou Shalt Not, plus two new compositions from Marsalis, the title track and his tribute to the late soprano sax giant Steve Lacy, and Occasion was born in a weekend of intense productivity.

The informality and spontaneity of the recording experience are indicative of the approach that Connick and Marsalis share. “Neither of us ever practiced much,” Connick explains, “although now Branford will enter into hyper-practice mode when he prepares for a classical performance. But Branford’s attitude remains informal regardless of the situation, because he’s always so thoroughly prepared. There’s nothing he cannot do, and he gets it immediately. If the piece was particularly difficult, he’d just say ‘give me five minutes’; then he’d play it perfectly.”

Connick brought an identical attitude to the sessions, which took place at the Hayti Heritage Center in Marsalis’ home town of Durham, North Carolina. “I just wanted to walk in as spontaneous and clear-headed as I could be,” he explained. “My acting experience has allowed me to learn from a lot from great directors, and they don’t tell you what to do. Jimmy Burrows once said on the Will & Grace set that `actors are not hired to give line readings,’ which is the attitude both Branford and I brought to this music. A couple of times we said to each other, `Why don’t you think about this?’ when we brought a new tune out. But Branford gets it, and he understood everything I intended. As for me, I didn’t worry about making special adjustments for the duo setting, because my goal is to try to play my way whatever the setting. My heroes Erroll Garner and Monk were that way; they didn’t change for the circumstances. You don’t say, `I’ll have to add more left hand because there’s no bass or drums.’ You just pay attention.”

The resulting disc adds another incredible chapter to the career of an artist whose photo should start appearing in dictionaries under the definition of “multi-talented.” “I guess it is kind of weird, going from a sitcom to a vocal album with string orchestra to a duo record to the next thing,” Connick admits, “but it’s all based on a simple philosophy, which is to play like you live. I didn’t approach this recording by thinking of what other great pianists would have done in the circumstances, and I definitely don’t want to spend the rest of my life as a jazz artist doing tributes to my idols. I just want my playing to reflect my life, and the more life experiences I have – the big band concerts, the sitcoms and the movies – the more I can draw upon. The experiences are really important because my goal as a pianist is to be myself.”

Occasion is the latest example of how Connick’s credo continues to yield exceptional music. 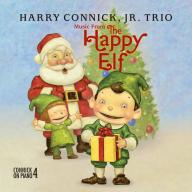 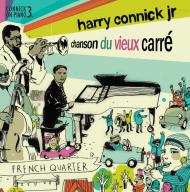